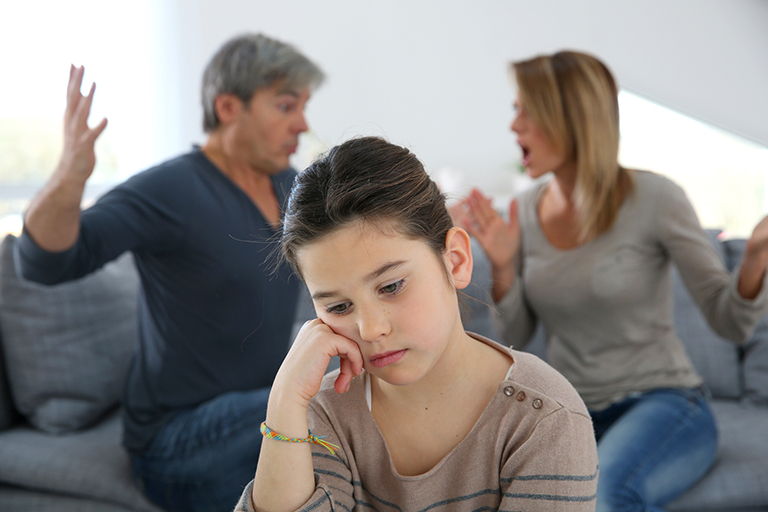 There’s no denying the fact that divorce rates in the United States are quite high. With between forty to fifty percent of all marriages ending in divorce in our country, we all know at least one or two people who have gone through the divorce process. For many couples with kids, the decision to stay or leave is more complicated. It is easy to understand the belief of an underlying good intention in why unhappy marriages can linger for the supposed betterment of the children. For some couples, they don’t stay in a bad marriage because they believe it’s what’s best for their children. They stay because they don’t want to be separated from their children. But the question remains, do kids really benefit when miserable parents stay together? In most cases, two happy separated parents are better than two miserable together parents.

Kids Pick Up On More Than We Realize.

Everyone has heard the saying that children are like sponges and it is so true when it comes to relationships. Your children are always watching you which makes them aware of whatever drama may be unfolding in the household between you and your partner. While there are certainly benefits of having both your parents in the house every day, two people who no longer love each other are bound to have friction which creates an uncomfortable environment for children to grow in. This negative environment doesn’t just impact your children in the short term, but in the long run also.

J. Ryan Fuller, a New York City-based clinical psychologist and executive director of New York Behavioral Health, reports that many of his unhappily married patients express a desire to tough it out until their children are of college age. Putting on this front of a happy marriage can have negative effects on children including how they perceive happiness and their overall mental health as well as a parent’s ability to effectively parent their children.

Marital conflict is associated with a range of internalizing (such as depression, anxiety, withdrawal) and externalizing (such as aggression, non-compliance) outcomes in children. Research from the Society for Research in Child Development has found that when parents are in an unhappy marriage, the conflict compromises the social and emotional well-being of children by threatening their sense of security in the family. This in turn predicts the onset of problems during adolescence, including depression and anxiety.

“If the child perceives hostility in the parents’ relationship, the child is more likely to have negative self-esteem, hostility and aggression, emotional instability and emotional unresponsiveness,” says Fuller. “None of these characteristics bode well for future romantic relationships and can also be detrimental to achieving success at work, maintaining friendships, and being happy in general.”

What’s more, Fuller says depressive symptoms can interfere with effective parenting. “I have seen with my psychotherapy clients how mental health issues negatively impact parenting,” he adds. “And if the parents are unable to work to make the relationship healthy [but] stay regardless, the child may have an unhealthy idea or expectation about what relationships are, what they can expect from others, and may not learn when being assertive is healthy — i.e., communicating what you want and/or leaving unhealthy situations.”

If you are living in a situation of conflict and tension, the parent-child interactions can also experience signs of strain. This can lead to ineffective or inconsistent parenting. The constant stress can also drain your energy, leaving less to invest in your children.

Kids Believe They Are Responsible For Problems Between Parents

When small children sense conflict between parents, they are developmentally primed to place themsevles at the center of it. Organizations, like the American Psychological Association, offer a variety of ways that parents who are working out issues can help their kids cope with conflict in the household. In a recent article published by the American Psychological Association, title Managing Stress for a Healthy Family, the APA offers some tips including open communication (such as simply asking, “What’s on your mind?”), creating an uncluttered environment at home to help teach children to focus on those things they can control when feeling stressed, and making sure you get adequate doses of nutrients, physical activity and sleep as a parent so that your stress levels are not so high.

The Goal Is Compassionate Coparenting With The Best Interest Of Your Children And Their Emotional Health, As Well As Your Own Happiness

This can be accomplished by keeping the lines of communication open, agreeing upon rules that should be followed regardless of which parent the children are staying with, and refraining from speaking negatively about the other parent.

Deciding whether to stay in an unhappy marriage or leave is possibly one of the hardest decisions a parent could make. Parents will do anything for their children and this may fuel the decision to stay together in an unhappy marriage. This conflict can cause a lot of harm to children. Think carefully before you decide to stay together for the kids, they may be the reason you need to make the decision to walk away.