When you or a loved one is facing theft charges in Pennsylvania, you are in immediate need of an experienced local criminal attorney who is highly qualified in defending theft charges. Pennsylvania takes all forms of theft very seriously, and many local prosecutors will pursue these crimes with the fullest range of charges possible. People think that because the amount of the theft is small, and/or because it is a “first offense,” they are in relatively minor trouble and can handle all consequences by themselves.

This is a mistake, and too often turns out to be a huge one. Your future employment and career options are at risk if you are convicted, even once, for a theft offense. It is also possible that your capabilities to secure housing, credit and insurance will be affected if a civil complaint is filed and a judgement against you is awarded to the plaintiff in your case.

Theft and robbery can be both a criminal and civil proceeding in Pennsylvania. The prosecution will charge you with theft crime(s) under PA Title 18 Chapter 39, and the plaintiff can sue you for damages in a civil action. This is where pleading strategies and alternate sentencing programs can become very important to those accused of these crimes.

Robbery is defined under PA law as the forceful taking of personal property from another. However, the force used can be as slight as grabbing or even making threats. Robbery is classified as a felony in Pennsylvania, and the penalties if convicted on robbery charges will depend on the type of robbery (armed robbery v. unarmed robbery), the criminal history of the accused, and the specific circumstances of the offense.

One circumstance that heightens the offense is when bodily injury occurs during the commission of a robbery. This is a felony in the 2nd degree, or F2, and if convicted, the defendant will face up to 10 years in prison. If serious bodily injury occurs, you will be charged with a felony in the 1st degree, or F1, and will face up to 20 years in prison. If you choose to take a plea deal, you should absolutely consult with a criminal defense attorney who will review all the details of your case and advise you on whether the plea being offered is fair and if other possibilities exist, such as if a plea of “no contest” would better protect your interests over a straight plea of guilty.

Pleading no contest (nolo contendere) is still a form of admission, but technically, you do not admit to being guilty of the crime itself. In specific situations, pleading no contest might be helpful in holding off a separate civil complaint from being filed against you, or from being successfully tried for the plaintiff if filed. 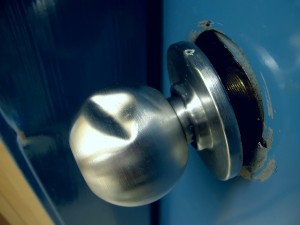 All robbery and burglary offenses are charged as felonies and carry penalties of jail time if convicted. If you or someone you care about is facing a robbery or burglary charge, you should immediately consult with a well-qualified defense attorney. There are several legal strategies that can lead to a favorable outcome. If you have a clean record and are charged with a first burglary or attempted burglary, your attorney may advocate for entrance into a deferred sentencing arrangement.

In PA, retail theft is a grading offense and can result in any of several graded offenses and different penalties. The laws for theft and robbery grading are extensive, complex, and frequently misunderstood by defendants as well as less experienced attorneys.

An individual without any prior retail theft charges is accused of and fingerprinted for a retail theft in the amount of $100 which could result in:

Because jail time is rare, this may seem like a best-case scenario. However, a retail theft offense in PA will stay on your criminal record unless later removed under certain circumstances and specific legal procedures. This is true even of a summary conviction for shoplifting.

A person without a prior or with one prior retail theft conviction is accused of and fingerprinted for a retail theft in the amount of $150 which could result in:

The above exemplifies how serious shoplifting offenses in PA are taken. What most would characterize as “petty theft” is heavily penalized in the Commonwealth. When facing retail theft charges, you will want and need a criminal defense attorney who knows how local judges and prosecutors operate within these laws.

Fingerprinting is mandated in Pennsylvania for a retail theft in order to store the offense in a statewide database so that theft grading is maintained for any subsequent retail theft charges. In general, higher retail values coupled with any prior retail theft convictions results in heavier punishments. These can mean felony charges for someone with 3 prior convictions, or with stolen goods over $2,000.

In addition to PA C.S.A. 3929 for retail theft, there are several other enumerated theft crimes in the statute. These include: Theft by unlawful taking, Theft by deception, Theft by extortion, Theft of property lost or mislaid, Receiving stolen property, Theft of services, Unlawful possession of retail instruments, Organized retail theft, Theft from a motor vehicle, and Unauthorized use of a motor vehicle.

In Pennsylvania, a Petition for Expungement may be filed when:

Juvenile records may also qualify for expungement. Students who face theft charges are at higher risk for elevated charges later in life if convicted –even on a first time offense for theft. Employment is often contingent upon criminal checks, and many employers do not know how to correctly read an offense report. For these and other reasons, if you qualify for expungement, you should seek legal counsel to obtain it.

It is also possible to seek lesser charges, Accelerated Disposition Rehabilitation, a Rule 586 dismissal, or an amicable plea bargain. You have options. We have answers. If you or a loved one is facing theft charges in PA, call our criminal defense attorneys now at (412) 690-0225  for a free initial consultation.