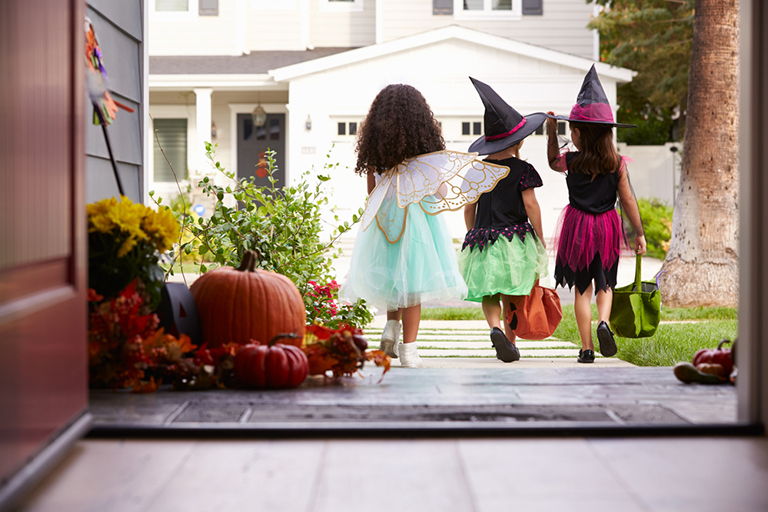 As your little princesses, super heros, and dinosaurs are eagerly anticipating that sugar high from their Halloween treats, parents can not help but think of a scenario of some madman filling these sweets with poison, razor blades, and needles. Although there are few cases of candy poisoning, there are a number of tips you can use to keep your little trick-or-treaters safe during this fun and spooky holiday.

One of the first cases involving poisoned Halloween candy occurred in Houston in 1974. Eight-year-old, Timothy O’Bryan, died after eating cyanide-laced Pixy Stix while trick-or-treating. Although the poisoning initially looked like it might have been the work of a crazy neighbor, the investigation into O’Bryan’s murder soon centered on his father, Ronald Clark O’Bryan, nicknamed “Candy Man”.

Police officers discovered that Ronald O’Bryan had recently taken out large life insurance policies on both of his children, Timothy and Elizabeth. This information assisted police in building a case against O’Bryan alleging that he had given both Timothy and his daughter, Elizabeth, the poison candy to try to collect on the policies. In an attempt to conceal his tracks, O’Bryan also gave two other children cyanide Pixy Stix. Fortunately, Elizabeth and the other two children did not eat these poisoned treats. O’Bryan was convicted of murder and executed for the death of his son.

Although the bad guy in this case was the victim’s father and not a stranger in the neighborhood randomly poisoning children, it still gives parents cause for concern because altering these sweets is possible and could have devastating effects on your little ones.

Razor blades and needles hidden in trick-or-treat sweets are another concern for parents. There have been isolated cases of sharp objects in found in Halloween candy, most notably in 2000 in Minneapolis. James Smith allegedly stuck needles in Snickers bars that he passed out to trick-or-treaters on Halloween. Luckily, the only injury was to a teen who was pricked by one of the hidden needles in the candy bars.

Parents have also been warned about the possibility of Halloween candy being laced with drugs. There are several cases of drug laced sweets, but the circumstances of these cases do not conform with the scary stories of crazed homeowners maliciously drugging your children.

In 1970, a five-year-old in Detroit died after ingesting a massive amount of heroin. Tests on his Halloween candy showed that some had been sprinkled with the drug, but the police actually learned the tragic truth behind the boy’s death. He had stumbled across his uncle’s heroin stash and mistakenly eaten it. His family then sprinkled the drug on the boy’s Halloween candy to throw off investigators.

Another case in 2000 involved Snickers wrappers stuffed with marijuana. San Francisco Police learned throughout the course of their investigation that the man, who worked in a dead letter office at a local postal facility, found a bag of Snickers in a lost package and decided to bring them home to give out as treats. The man did not realize these Snickers bars were actually someone’s attempt at smuggling marjiuana through the mail.

Earlier this month, a drug bust in Cambria County highlighted another concern for parents to add to their radar. After executing a search warrant on a storage unit, Johnstown Police found bags of drugs including what looked like Nerds ropes, a common choice for Halloween handouts. These Nerds Rope were actually edibles containing 400mg of THC. Although there was no evidence that these edibles were to be used to pass out as Halloween treats, the Johnstown Police Department cautions parents that these drug laced edibles are packaged like regular candy and may be hard to distinguish from the real candy.

In each of these three scenarios, there are criminal penalties that would result in altering Halloween sweets. The severity of these crimes would be based partly on the resulting harm to the victims ranging from criminal homicide to simple assault. Even if no one was harmed by this criminal behavior, one could be charged with attempt of these crimes as well. One can only imagine how tough a sentencing judge would be on someone convicted of a crime like this in which the victims are children.

It only takes one case to cause parents concern for an ill-intentioned stranger tampering with Halloween candy. As a result, most parents spend the evening of October 31st shifting through the sweet treats collected by their little monsters or astronauts. It is important to inspect all the Halloween candy before your little ones start indulging in their sugar high. When examining candy, you should be on the lookout for candy that has an unusual appearance or discoloration that may be evidence of altering. The packaging should also be inspected to check for tiny pin holes or tears in the wrappers. Unwrapped items should not be consumed. Parents should also be cautious with homemade items and baked goods unless they personally know the person who provided the treat. When in doubt, throw it out!

If you have questions about possible tainted or altered candy, you can contact the Poison Control Center at 1-800-222-1222 or your local police department.