While many counties in Pennsylvania have begun relaxing marijuana laws and penalties for possession, when it comes to driving under the influence of cannabis, drivers should be aware that Pennsylvania will prosecute them for DUI of marijuana, and police are increasingly making weed related DUID arrests.

Driving while high is illegal in all states and Pennsylvania has perhaps the strictest laws in place which not only ban driving under the influence of weed, but also prohibit driving with any amount over 1 nanogram per milliliter of THC or its metabolites in their blood.

Per Se DUI Laws for Marijuana

This is called the Per Se law for DUI of marijuana, meaning prosecutors do not have to show that your driving was actually impaired. Some key elements under Per Se laws for marijuana to keep in mind are:


If You Refuse to be Chemically Tested

Your driver’s license will be automatically suspended from 1 year up to 18 months if you refuse to take the blood or urine chemical test to determine drugs present.

The prosecutor may still move forward on your case and bring formal charges based on Driving While Impaired –General Impairment laws. 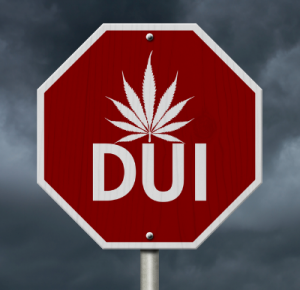 Under the general impairment section of PA’s DUI laws, the prosecution can attempt to get a conviction by entering evidence other than chemical drug levels, such as the police officer’s testimony as to your driving, your appearance (think bloodshot eyes) and the smell of pot.

Police can also perform field sobriety tests for DUI of drugs even though these “tests” are highly subjective for determining alcohol impairment and there are no indications that they are any better at determining impairment from marijuana consumption.

Poorly rated performance on FSTs for any DUID will be entered into evidence, typically through testimony of the officer who administered them.

How to Fight Your DUI of Marijuana

First, understand that driving while impaired or driving under the influence of any drug is typically charged at the highest tier under Pennsylvania’s 3-tier DUI system. Third tier DUIs are reserved for those drivers that have BAC of .16% and above or driving on any controlled substance.

Your chances of overcoming a DUI involving marijuana depends heavily on the skill and experience of the defense lawyer you choose. Local laws and procedures vary widely in the commonwealth, but generally, your lawyer can:

Depending on the county where the offense is charged, there may be other defense strategies to explore. Your DUID lawyer should be able to communicate all available options to you after fully reviewing the case.