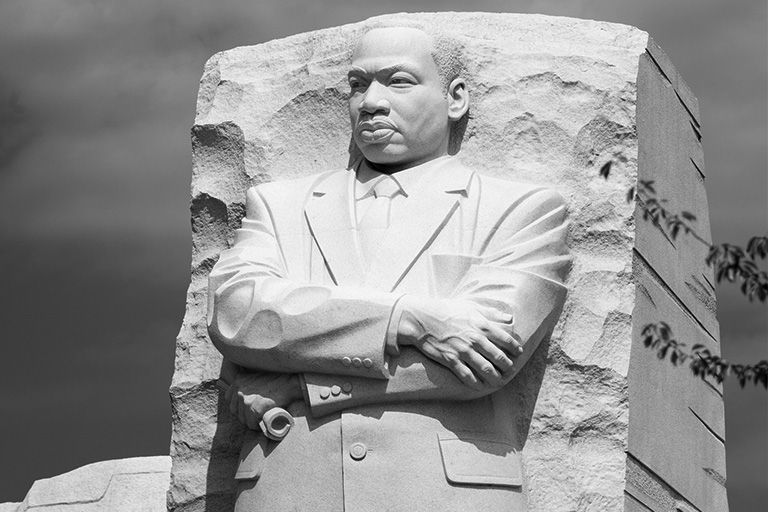 Monday, January 15 is a day to celebrate the memory of a civil rights hero, his March on Washington, and influential “I Have a Dream” speech. Martin Luther King, Jr. Day, a federal holiday that takes place on the third Monday of each January, is a day to honor the activist and minister, assassinated in 1968, whose accomplishments have continued to inspire generations of Americans.

Although this day is now a celebrated federal holiday, it wasn’t always observed. It took more than a decade for the King Holiday Bill to be passed by the House and Senate before being signed into law by President Ronald Reagan on November 2, 1983.

While the first federal holiday was celebrated in 1986, it took years for observance to filter through to every state. It wasn’t until 2000, when South Carolina recognized the federal holiday, that every state observed Martin Luther King, Jr. Day.

Civil rights activists like King were instrumental in ensuring equal rights for all minorities, especially African Americans. King became the most visible spokesperson and leader in his efforts to end segregation and racism, as seen with the Jim Crow laws, through nonviolence and civil disobedience, inspired by his Christian faith and nonviolent activism of Mahatma Gandhi.

Jim Crow laws were a collection of state and local statutes that legalized racial segregation. Named after an insulting song lyric regarding African Americans, the laws, from the post-Civil War era until 1968, were meant to return Southern states to a class structure that existed prior to the Civil War by marginalizing black Americans. Those who attempted to defy Jim Crow laws were often met with violence and death.

The foundation of Jim Crow laws began as early as 1865 when the ratification of the 13th Amendment freed approximately four million slaves. Laws that were referred to as “Black Codes,” were strict laws that detailed when, where, and how freed slaves could work, and how much they could be compensated. These codes acted as a way to put African American citizens into indentured servitude controlling where they lived and how they traveled.

At this time the legal system made it difficult for African Americans to have successful outcomes in court because many ex-Confederate soldiers were working as police officers and judges. Black offenders consistently were given longer sentences and were assigned to labor camps for the incarcerated to be treated as slaves. The intensity of the work at these labor camps resulted in many offenders dying before their sentences expired.

Formation of the Ku Klux Klan

For the next 15 years, violence was on the rise, making danger a regular aspect of black lives. Black schools were vandalized and destroyed, and bands of violent whites attacked black citizens in the night. In 1865, the Ku Klux Klan was created as a private club for Confederate veterans in Pulaski, Tennessee. This organization terrorized the black community with their displays of ruthless violence.

By the turn of the century, southern states expanded the Jim Crow laws to extend to almost every aspect of daily life. Segregation existed in restaurants, schools, public pools, hospitals, access to water fountains, restrooms, building entrances, and neighborhoods. It was not uncommon to see signs posted at town and city limits warning African Americans that they were not welcome.

As the 20th Century progressed, Jim Crow laws flourished within an oppressive society marked by violence. Lynchings and race riots increased not only in the south but also in the north.

The End of Jim Crow Laws through the Civil Rights Movement

Following World War II, civil rights activities in the black community began to increase, with a focus on ensuring that black citizens were able to vote. This was the beginning of the civil rights movement which resulted in the removal of the Jim Crow laws, through notable legislation and court action.

In 1948 President Truman ordered integration in the military forces. The Supreme Court ruled in 1954 in the case of Brown v. Board of Education that educational segregation was unconstitutional. The Civil Rights Act was signed by President Lyndon B. Johnson in 1964, which legally ended discrimination and segregation that has been institutionalized by the Jim Crow laws. This was followed in 1965 by the Voting Rights Act that ended efforts to keep minorities from voting. Also notable, in 1968 the Fair Housing Act was passed which ended discrimination in renting and selling homes.

“It’s not a black holiday; it’s a people’s holiday,” stated King’s wife, Coretta Scott King, after President Ronald Reagan signed the King Holiday Bill into law in 1983. Take a few moments this MLK Day to celebrate this “people’s holiday” and the memory of a civil rights hero who helped to bring equality to all minorities and inspired many people to have their own dreams.