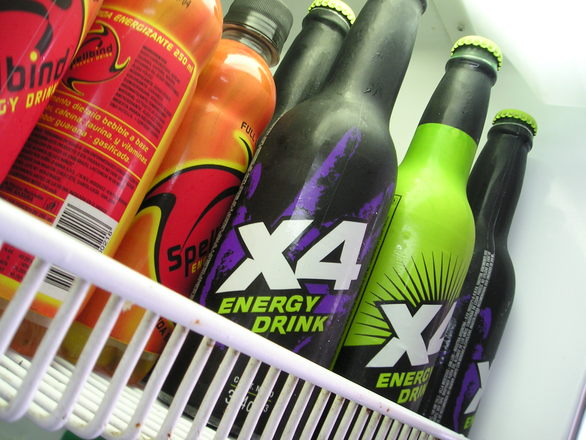 You have probably heard the saying, “beer before liquor, never been sicker, liquor before beer, you’re in the clear,” and you may even follow it as a ‘rule of thumb’ when socially consuming alcoholic beverages. And because it is the law in every state in the country, everyone has heard the saying, “friends don’t let friend drive drunk.” However, you have probably never heard the sayings, “don’t drink ENERGY drinks and drive,” or “don’t mix alcoholic beverages with energy drinks.” Although the first two ‘rules of thumb’ are popular and easy to remember because the words rhyme, the third and fourth sayings are probably never recited throughout the course of the night. The reason for this lack of popularity is because the population as a whole is generally unaware of the facts that 1) drinking a non-alcoholic energy drink can create a positive ‘blow’ into a breathalyzer, and 2) there are serious, often dangerous, side effects associated with drinking an energy drink, especially when mixed with alcohol.

Let me first say that I don’t know if ALL energy drinks are bad for your health and that is not what I am implying.  However, a number of energy drinks have been tested, and the results may surprise you. The stimulants contained in energy drinks, including very high doses of caffeine, do enhance alertness and wakefulness, but they can also cause nervousness, irritability, and restlessness in consumers. Stimulants can also cause heart palpitations, headaches, increased blood pressure, dilation of the pupils, and shaky hands. Mix these stimulants with alcohol, and the body suffers the consequences.  Alcohol is a depressant (or ‘downer,’ as it is often referred to), and energy drinks contain multiple stimulants (or ‘uppers’). In small doses, alcohol can help a person to feel more relaxed, less anxious, and more sociable, so many people often forget that alcohol is in fact a depressant. However, in larger quantities, alcohol (and depressants in general) slows down the central nervous system, which in turn decreases reaction time and slows down thought processes. Long-term side effects of consuming high doses of alcohol can include liver damage, kidney damage, anemia, brain shrinkage, and strokes, while long-term effects of caffeine intake can include rapid weight gain, heart disease, diabetes, insomnia, and depression. Consuming both of these drugs on a regular basis, over a long period of time, substantially increases your risk of body and organ damage.  So, no matter how appealing that energy drink + vodka may seem at the bar on your next night out, consider the not-so-appealing short and long-term side effects associated with each drink before ordering one.

If the risks involved with mixing alcohol and energy drinks together do not totally steer you away from drinking them, consider a study that was conducted at the Missouri State Public Health Laboratory, and included in the Journal of Analytical Toxicology in April of 2009. According to the Journal’s article, a variety of energy drinks were tested by gas chromatography, (a form of chemistry used to separate and analyze compounds, and incidentally a method used to test your blood if you are suspected of DUI), and almost 90% (88.9%) were found to contain as little as 5 or as much as 230 milligrams per deciliter of ethanol (aka alcohol). In non-scientific terms, the results of this study prove that energy drinks that do not have ‘alcohol’ listed in the ingredients section of the label actually do contain alcohol. Even more disturbing is the data that was collected from volunteers who were given 24.6 to 32 ounces of these energy drinks to consume, and then blew into a portable breath-testing instrument (PBT), such as the PBTs used by the police at the roadside. The data proved that out of the 27 volunteers consuming these “non-alcoholic” energy drinks, 11 of them blew positive results for alcohol into the PBT. In addition, all tests that were taken within the 15 minutes immediately following the last sip of energy drink resulted in alcohol-free readings. Thus, if a person consumes an energy drink, waits 15 minutes, and then blows into a PBT, his or her results will likely come back negative. However, if he or she blows into a PBT at any point BEFORE those 15 minutes are up, there is almost a FOURTY-ONE PERCENT chance that the reading will test positive for alcohol. This tells us that people who are blowing positive results into a PBT after being pulled over for suspected driving under the influence, but who are telling the police that they had not been drinking before getting behind the wheel, might actually be telling the truth. Unfortunately, police do not always follow protocol and wait the amount of time necessary to ensure that false positive doesn’t happen.

Science has shown that, if people are driving while consuming a “non-alcoholic” energy drink, have not consumed any alcohol, and are blowing positive PBT results, then almost half of them could be blowing false positives. Staggering findings like these are yet another reason why it is heartening to see that DUI convictions based on positive breath test results may soon be overturned in Pennsylvania. In the future, we can only hope that those who were wrongly convicted because of bad science, bad techniques, or a combination thereof will be exonerated and that good science will prevail.