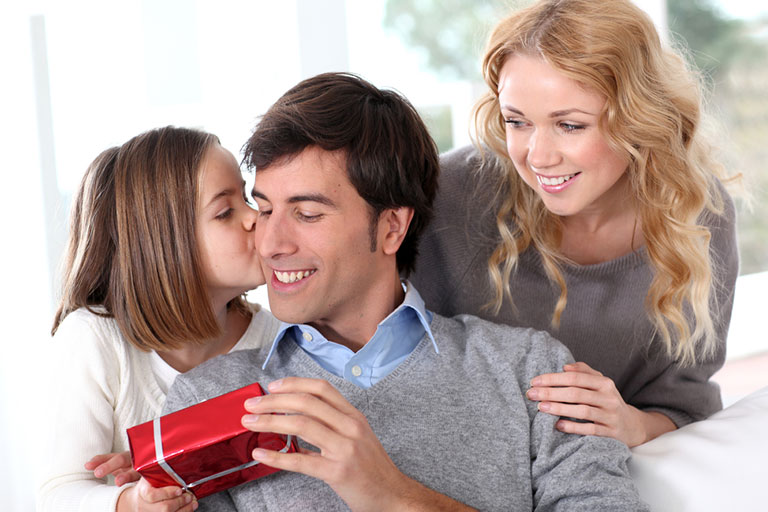 The third Sunday in June is dedicated to celebrating and honoring the men who have embraced the essential role of fatherhood. This is a day to give thanks to fathers for the sacrifices they make, the responsibility they undertake in raising children, and for their devotion to their family.

The History of Father’s Day

If you take a look at American history, you might think that a holiday recognizing men would be widely accepted and celebrated. Men dominated American society in the early 20th century. However, Mother’s Day came first when it was officially recognized in 1914. President Woodrow Wilson called Mother’s Day a way to recognize “that tender, gentle army–the mothers of America.” Father’s Day, on the other hand, was not immediately accepted once it was proposed. Lawrence Samuel discussed this fact in his book, American Fatherhood: A Cultural History. He writes that men had a different role in the first half of the century. It was very patriarchal, so they felt that a special day to exalt fatherhood was a rather silly idea, when it was mothers who were underappreciated.

The Women Behind the Beginning of Father’s Day

The first known Father’s Day service took place in Fairmont, West Virginia, on July 5, 1908, after hundreds of men died in the worst mining accident in U.S. history that left hundreds of children fatherless. Grace Clayton, the daughter of a reverend, proposed the church to hold a service honoring all the fathers, especially those who had died in the mining accident.

Sonora Dodd of Spokane, Washington, was inspired by the idea of Mother’s Day and wanted to have a day to celebrate fathers. Her father was a single parent who raised six children himself after his wife had died giving birth to their youngest child. Sonora Dodd convinced the Spokane Ministerial Association and the YMCA to set aside a Sunday in June to honor fathers. She proposed her father’s birthday, June 5, but the third Sunday in June was chosen so the ministers would have more time after Mother’s Day to prepare their sermons. This celebration occurred on June 19, 1910 and started the path to becoming a national holiday.

In 1916, President Woodrow Wilson and his family personally observed the day. Eight years later, President Calvin Coolidge signed a resolution in favor of Father’s Day “to establish more intimate relations between fathers and their children and to impress upon fathers the full measure of their obligations.” In 1966, President Lyndon Johnson signed an executive order that the holiday be celebrated on the third Sunday in June. Finally, in 1972, under President Richard Nixon, Congress passed an act officially making Father’s Day a national holiday.

Today the idea of fatherhood has transformed as dads play a greater role in the lives of their children. Father’s Day has become more than just another Hallmark holiday. Studies show that having an active father figure plays an important role in the healthy development of a child.

– The emotional support provided by a father to his child is a priceless gift. By helping kids to understand how much they are valued and loved, children with supportive fathers are more likely to have high self-esteem and are generally happier and more confident.

– Fathers provide a positive role model for their children to look up to and to promote good behaviors. As a result, children with more involved fathers tend to have fewer behavioral and impulse control problems, longer attention spans, and a high level of sociability. These children also tend to be more compassionate and generous, with an increased awareness of the needs and rights of others.

– Most importantly, having an active father makes a child feel loved. Having a dad as a steady source of love and encouragement helps ensure that children grow up happy and healthy.

In awarding child custody, Pennsylvania courts determine what is in “the best interest of the child” to make their decision. In the event that parents can not come to an agreeable arrangement for the court to adopt, family law courts will issue its own controlling order to settle the matter. The courts consider a number of factors that may affect the child’s physical, mental, emotional, and developmental well-being. Pursuant to the Pennsylvania statute, the court may not consider gender in their determination. This gender-neutrality provision was enacted to overcome favorable and unfavorable biases towards both genders and help ensure each parent has equal custody rights to their child.

Today it is common to see both fathers and mothers as income earners. Fathers have also taken a more active role in parenting compared to the past and some are now stay-at-home dads. Laws such as the tender years’ doctrine no longer apply and the Judges have guidelines used to determine what is in the best interest of the children. These guidelines specifically state that the gender of the parent must not play a part in the decision of the court.

The Pennsylvania family law courts prefer joint custody whenever possible. This is evidenced in the guidelines for custody that focus on the child maintaining a healthy relationship with both parents.

This Father’s Day, take the time to recognize, celebrate, and give thanks for your father and the father figures in your life who have helped shape you into the person you are today.