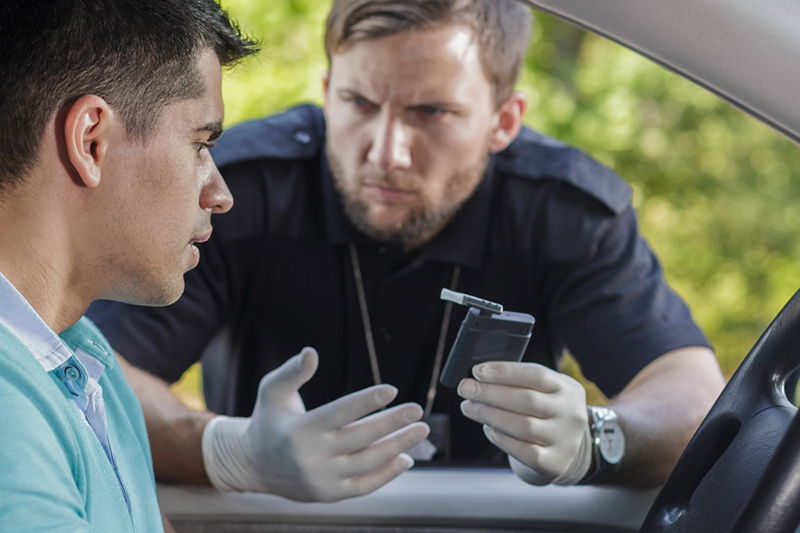 YOU HAVE THE RIGHT TO REFUSE FIELD SOBRIETY TESTS

Pennsylvania drivers have substantial rights when pulled over by police officers. Many drivers who are pulled over by the police on suspicion of DUI do not realize that they have the right to refuse to participate in field sobriety tests. Police officers often tell drivers that a portable breath test (also referred to as a PBT) and other roadside field sobriety tests are mandatory, but PA law does not require anyone to submit to these tests.

WHY POLICE OFFICERS STOP YOU

Police officers will use a variety of reasons to stop a driver including, speeding, crossing into opposing traffic, and driving in a reckless manner. Any type of traffic or vehicular offense can lead to a stop.

HOW THE TRAFFIC STOP TURNS INTO A DUI ARREST

Following the traffic stop, the officer will begin to develop a case against the driver. This typically begins with the officer’s observations of signs of impaired driving such as slurred speech or the smell of alcohol coming from the operator of the vehicle.

YOU SHOULD NOT DO ROADSIDE FIELD SOBRIETY TESTS

The officer will also request the driver participate in a portable breath test and other roadside field sobriety tests. These are diagnostic tools designed to assist the police officer in determining whether or not to make an arrest for DUI. While drivers risk serious penalties when refusing to submit to a chemical DUI test post-arrest, there is no risk in declining to participate in field sobriety testing. If you have been pulled over on suspicion of driving under the influence, the best thing you can do is politely request to speak to an attorney. Once you invoke your right to speak to an attorney, all questioning and information gathering procedures must stop, including field sobriety testing.

I DID THE FIELD SOBRIETY TESTS. NOW WHAT?

Police officers use various field sobriety tests to determine whether or not someone is impaired. Some of these tests include the alphabet test (recite the alphabet from A to Z or from a certain letter to a certain letter, or backwards); the finger-to-nose test (stand straight up with feet together, tilt head back as far as possible and then touch nose with both left and right index fingers); and the coin pick-up test (the officer places a number of coins around the operator, who is then directed to squat, rest an elbow on his or her knee and pick up each coin in a certain order and place them in the opposite hand). I have seen officers make up all kinds of “stupid human tricks”, however, there are only three tests that qualify for standardization in Pennsylvania.

Standardized Field Sobriety Tests were developed by the National Highway Traffic Safety Administration (NHTSA) in the mid-1970s to establish a reliable and consistent way to evaluating intoxication. NHTSA determined that three tests, if administered in accordance with NHTSA guidelines, could accurately predict whether a person is under the influence such that the person cannot safely drive. The three field sobriety tests approved by NHTSA are the Horizontal Gaze Nystagmus “HGN” test (better known as follow my finger), the Walk-and-Turn test, and the One-Leg Stand test. These field sobriety tests consist of two distinct phases: the instructional phase and the performance phase. The officer should introduce each test and explain in detail how it is to be performed.

In the horizontal gaze nystagmus test (HGN), the officer asks the driver to keep his or her head still and follow an object such as a pen with only the eyes. The officer moves the object back and forth in front of the operator and looks for “nystagmus” which is an involuntary movement of the eye. Some studies suggest that early onset of nystagmus is an indicator of alcohol intoxication. Although it is considered to be a standard field sobriety test, Pennsylvania courts have repeatedly held that the results of the HGN are inadmissible at trial. It can only be used in establishing probable cause to give police a reason to arrest you. Because the HGN test is not able to be captured on the police officer’s dash camera, the court will not be able to review your performance to determine if your eyeballs were shaking. Conversely, you will not be able to offer any evidence at the time of your preliminary hearing or trial to prove that you did perform the test satisfactorily. NHTSA testing determined that the HGN only yields the correct result approximately 77% of the time. It has also been proven that certain medications can mimic the signs of intoxication that show during HGN testing.

The walk-and-turn test is supposed to include the following instructions:

In scoring the walk-and-turn test, the officer looks for the following eight clues:

NHTSA testing determined that the walk-and-turn test is only accurate 68% of the time.

The one-leg-stand test should include the following instructions:

In scoring performance of the one-leg-stand test, the officer looks for the following four clues:

NHTSA testing determined that the one-leg-stand test is only accurate 65% of the time.

Failing is not necessarily an indication of intoxication. People with diagnosed medical conditions impacting vision, balance, coordination, or hearing may have problems with these field sobriety tests. Additionally, adverse weather conditions can also affect test results. Unsurprisingly, officers often do not follow their training on how to properly give these tests.

However, the failure of a field sobriety test does give a police officer probable cause for an arrest. You would then need to decide if you will submit to a chemical test or face the penalties of a refusal under implied consent laws which usually lead to a one-year revocation of your driver’s license.

WHY DO OFFICERS DO FIELD SOBRIETY TESTS?

I’VE BEEN ARRESTED FOR DUI. WHAT SHOULD I DO NOW?

Drunk driving defense in Pennsylvania requires a set of technical and highly specialized skills that includes intensive training on examining standard field sobriety testing. We have gone through the same classes that police officers attend to learn how to give field sobriety tests, so we know when they do it wrong. At Tibbott & Richardson, we have this training and not only understand all the moving parts of a DUI charge in Pennsylvania, but also how each part can affect your future.